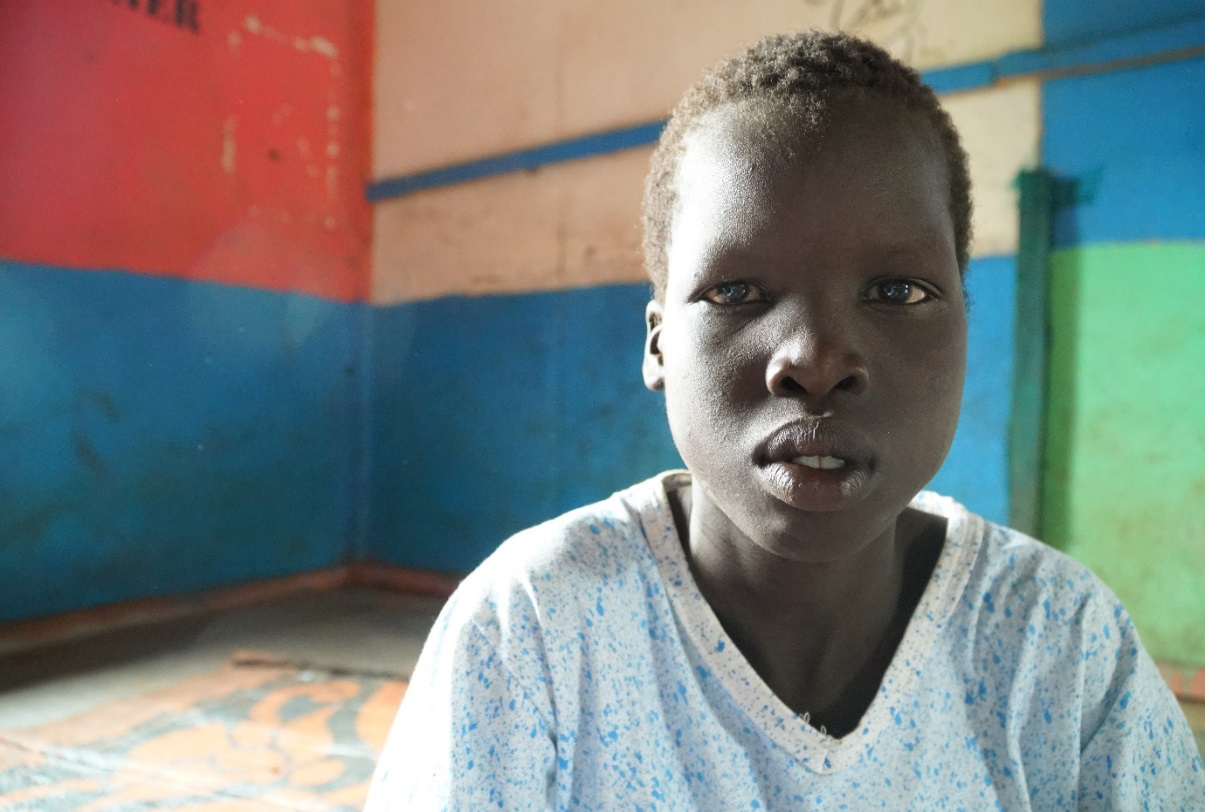 When John arrived at the refugee camp in February 2018, he was scared and alone. He had walked for a full month across the harsh landscapes – every step of his journey on foot – fleeing the violence and horror he encountered more than 900 kilometres away in his birthplace.

At just 13 years old, John witnessed the deaths of his villagers and passed many corpses along his long and dangerous journey to safety. In the chaos of an armed attack on his home town – he became separated from his parents and two younger brothers. Now alone and unsure whether his family is still alive, John is one of approximately 30,000 unaccompanied and separated children living in Ethiopia’s far western Gambella Region.

He found safety and some measure of relief when he crossed the border into Ethiopia and arrived at refugee transit centre. “People welcomed me and asked how I felt,” John explains with a grateful glint in his eye. UNHCR provided him with shelter, mosquito netting, food, water and soap, before transporting him by bus to a refugee camp nine days later.

At the refugee camp, UNHCR and its partners worked hard to match him with a caregiver, a young woman with two children. Although he is receiving support and protection, John is still encountering many daily challenges.

Due to severe underfunding, more than 60 percent of refugees in the camp are still in emergency shelters. John’s shelter is damaged, and the rain frequently seeps in, especially during heavy storms. He has also lost some of his meagre belongings to thieves who have taken things from his foster family’s shelter. And so, despite regular support, he remains extremely vulnerable.

He is reminded of the anguish of having to flee his country every day. He cannot escape the memory of what happened to his country and his family, whom he desperately hopes to find again.

In the face of the hardships John continues to endure, he has a clear sense of what he hopes to achieve in the future. He realises the importance of friendships, and the potential of achieving peace through education. “We need to return to our country, and we need to change it through education” he says with determination.

With support and encouragement from UNHCR and its partners, John is making the most of the opportunities provided at the refugee camp. He is waiting to begin classes when the school semester resumes and, meanwhile, is enjoying sports and other activities in the child-friendly space. He has developed many new friendships which have helped widen his horizons and consider what’s beyond the borders of his life so far.

“I would like to share ideas together with other children from around the world, talking about education and other things,” John explains.

John’s courage is a reflection of the resilience of children and the value of creating bonds with others experiencing such difficulties. His expression is quick to light up as he talks about playing striker in his new football team, inspired by Ronaldo, his favourite football player. Gazing over at the pitch – a wet and muddy turf, bedraggled by the rainy season – he is eager to join his friends who await him.

Through the generosity of UNHCR supporters, John has the opportunity to be a child again. To run around with his new friends. To go back to a foster family each night that cooks and cares for him.

Despite his devastation, he remains optimistic about the future, about being reunited with his family, and about making change through the power of education and friendship.